In the ancient pagan religion of the Roman Empire, one of the most interesting deities was Bacchus, the God of Wine. In essence, Bacchus is the Roman version of Dionysus, the god of the grape harvest and of wild celebrations; even though he was the son of Jupiter, his mother was a mortal, and he went through an apprenticeship period under the tutelage of Silenus, a mystic vintner who was also a prodigious wine drinker.

Once Bacchus had mastered grape farming and winemaking, he decided to travel and spread his knowledge to others until he was called upon to join the rest of the gods in Mount Olympus. Bacchus is also the god of fertility, agriculture and theater. A “bacchanalia” is a wild, drunken party held in honor of Bacchus, whose mythology features many epic celebrations where wine flowed from fountains and guests were encouraged to let loose, be themselves and enjoy life. 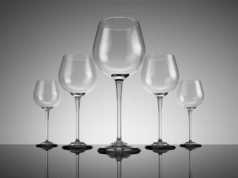 The website Letitwine.com, inspired by Carpineto’s great wines of Tuscany and philosophy, is dedicated to all passionate wine lovers or to those interested in having an overview of wine world’s news, stories, interviews, events and entertainment. Our aim is to offer the public an easy way to learn more about wine making, wine and food, wine itineraries and wine culture.
Contact us: [email protected]twine.com