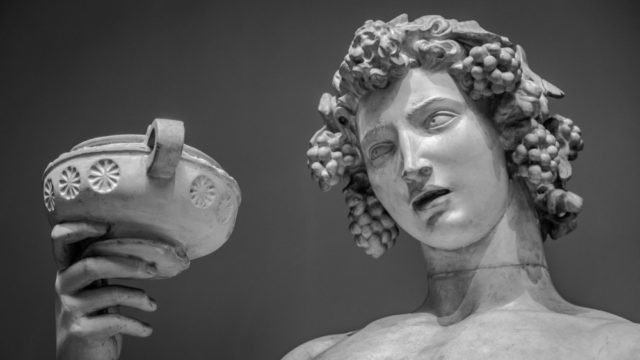 Not all things stay the same, and thankfully so. Especially when it comes to the taste of wine. Wine has been around for thousands of years, with tales of taste from ancient Greek and Roman times, but if you’re imagining a romanticized version of wine tasting in togas, you may be slightly mistaken. Over time our taste buds have changed vastly, so much so that wine trends even change from decade to decade with palate demands of sweeter and dryer wines. This means that though Romans did indeed love their wine, they probably wouldn’t have enjoyed a glass of Chianti Classico or Brunello as we enjoy it today.

So, what exactly did ancient wine taste like?
The process of winemaking was very different 2000 years ago than that of now. Once grapes were harvested, they were pressed using – you guessed it – feet! The juice was then placed in terracotta pots (remind you of something? Orange wine perhaps?). The terracotta pots were then sealed, usually with beeswax and placed in the ground to ferment, so something like a cellar but not quite. Now when the wine was “ready” and fermented, it wasn’t quite as pleasing on the palate as we may think. And because of this, Romans added seawater to their wine. Yep, seawater. This was perhaps also a preserving method. Now Romans also like to taste subtle sweet notes in their wine, so they added it. Once fermented, ancient Romans added various other ingredients to their wine such as seawater, honey, spices and herbs. Sounds more like an elixir than a refined wine.

And since they didn’t exactly have a solid bottling system as we do today, Ancient Romans added various preservatives to prevent their wines from going off. Some of these additives included resin, pepper, salt and even marble dust. This gave the wine a heavy, and even sticky element – not quite the characteristics we are used to today.

So, to answer the question what did ancient wine taste like? It was more of a brew or an elixir than it with very heavy and sometimes foul flavors. Oh, how times have changed!